skip to main | skip to sidebar

A surprising take on idea i had while staring at some frozen food.

yo all. If you like my text check my audio. http://sbopodcast.blogspot.com/2010/09/episode-1-scott-pilgrim-vs-podcast.html
Posted by Unknown at 17.9.10 No comments:

People are afraid of french food. This is probably because the french want you to be afraid. I'm not sure why, but this is the case. Anyhow I found this recipe in Deus Ex while sneaking in the back door of a cafe in dystopian paris, so I'm sure its super authentic.

Directions:
Not hard, barely intimidating, and the most delicious thing you can eat that is that particular shade of purple. 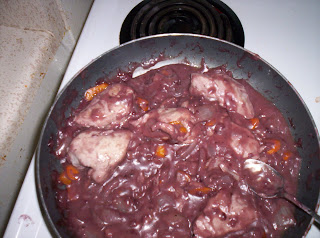 So you're stuck on a desert island with a 4 year old child. You have all the food and water and shelter you could ever need, but you have no reasonable hope of rescue. The only literature available in the Twilight series. Does child grow up illiterate? If yes, what do you use it for first toilet paper or tinder?
Posted by Unknown at 8.7.10 No comments:

The man they call Joss!

So, Joss Whedon has been tapped for the Avengers movie, with much nerd rejoicing. Based on Joss' habits I have few predictions for the film:

Highlander meets the Godfather meets Pulp Fiction on a train! A review.

Baccano is about...something complicated. There's three different mob factions, a pair of eccentric thieves, an explosive crazy crew, a political faction, a newspaper reporter, a sociopathic train conductor, and these guys who don't die. and they're all on an express train from Chicago to New York. Shit goes down there's shooting, stabbing, train-top fight sequences, lots of running around, the whole show is just chaotic mess. It's amazing.

The story-telling is fantastic. Not story-telling in that cinema-snob sense, I mean the way people tell stories, jumbled around going back to feel details as they come up with all the thread slowly weaving together into cohesive tapestry (the word tapestry gets over-used for this sort of thing but the weaving metaphor is solid and rug doesn't sounds as good). The animation is fluid in fight scenes and detailed in character moments and does a great job of capturing the prohibition era setting.

The characters are all unique, well-drawn and engaging although the big standouts for me a Isaac and Miria thieves ditzy enough to steal gold from the earth itself (yeah, mining) and not notice they haven't aged a day for seventy years. And Jacuzzi Splot (don't worry a lot of the names are stupid, you get used to it) a man who can stand onscreen crying like a baby (IT'S A NERVOUS CONDITION!!!!!!!), wailing like a little girl and still be the biggest badass in the whole show (which includes a slasher movie villain, an assassin, and a Joker-esque mob hitman). The acting on the dub is astoundingly good, a group of relative newcomers to the texas dub scene doing new york, chicago, and eastern european accent work that not only rings true but is vivid and expressive.

and to cap it all of it has a great big band jazz soundtrack.

you can watch it all here, for free, without breaking any laws right here
Posted by Unknown at 23.3.10 No comments:

I find this video hilarious and I will at some point make this dish...

it's also the source of the manly vinegar comment from my last post.
Posted by Unknown at 15.3.10 No comments: